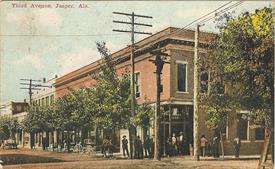 In 1920 a fire destroyed Cranford’s Store and the entire block and wiped out the fortune of the founder of First National bank. By 1925 the bank was in serious trouble and Mr. Abner L. Sherer took o

John H. Cranford, owner of Cranford Mercantile Company started the first bank in the office of his store in 1899. April 1905 First National Bank was established by John H. Cranford. 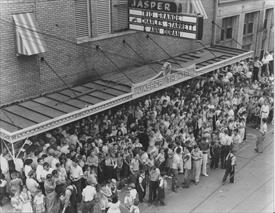 The Old Jasper theatre circa 1960